If you caught our previous photo of “brick work” and took a guess of what it was, did you by chance guess…

Construction of “Castillo de San Fernando” began in 1759 by the Spanish in order to protect against the enemy attempts of foreign invasion and pervasive attacks especially by pirates. Yes, pirates! Pirates wanted the gold being held here destined for Spain, eventually the English got it after an attack that lasted only 2 days!

What is notable about this fortress, being in such a humid environment, along the Omoan coast of Honduras yet how well preserved it is.

Why has is held up so well? 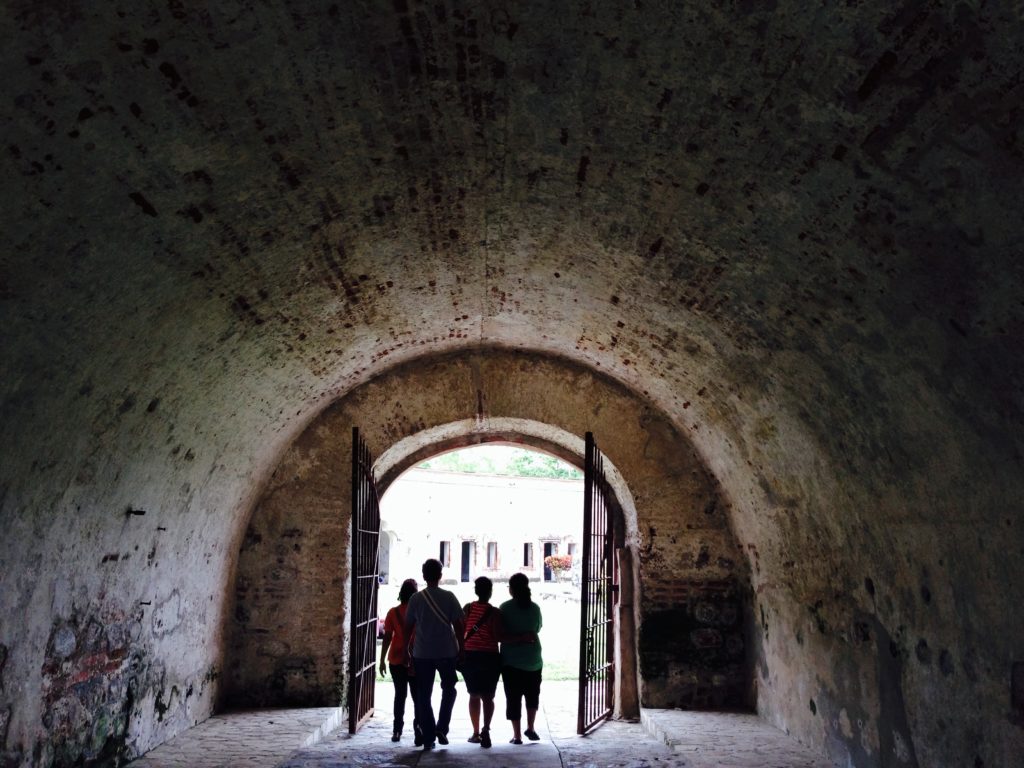 (Notice the arched walls. According to our guide, the Spaniards adapted Roman architecture in this project).

Look at the materials in the photo below. What do you see?

Posted in The Alpine High Adventure